Our next show!
As some of you know, our beloved brother Seth Glickman will be attending graduate school in Pittsburgh in the fall.  While Seth will always be a member of FRANK, this is a great opportunity to see us in our current form before he spends more time in the Iron City.  Come by and give Seth a big hug (and/or a scotch).

We’re excited to share the evening with with our good friends in a reunited (one night only) Hello Nurse as well as The Rinse!  Please RSVP on facebook by clicking here.

What:  FRANK (with Seth) live!

At long last we’re very proud to share our new record, “frank IV: Music (and Other Bad Habits)”, with you!  Go get it here!

frank IV: Music (and Other Bad Habits) was the first record recorded at Room 17 in Brooklyn, owned by Scott Porter and longtime FRANK family Joe Rogers and Adam Lasus, and was mastered by our good friend Joe Lambert.  The record was produced by FRANK and Joe Rogers.

Record Release Party!
We’re throwing a big party to celebrate the release of MaOBH with our good friends in Big Shifter and Evil Jake.  Please RSVP on facebook by clicking here.

What:  The frank IV: Music (and Other Bad Habits) Record Release Party!

Watch videos from the record at FRANK’s youtube channel:
https://www.youtube.com/user/frankbandvideos

I love music that exhibits a visceral intelligence – a confluence of thought and action.  I can’t think of a band that exemplifies those concepts more aggressively than Refused.

Wikipedia lists the band’s genres as “hardcore punk, post-hardcore, experimental rock, metallic hardcore/thrashcore” and that sounds about right.  But their music is also a perfect combination belief and movement.  Their final record “The Shape of Punk to Come” (1998) is visionary, fearless and one of the greatest punk/post-hardcore records of all time.  “Songs to Fan the Flames of Discontent” (1996) sounds like the heaviest, most urgent band in the world.  Do yourself a favor and check out their full set at Coachella in 2012 – their fourth show after 14 years away (band kicks in around 3:00):

Like Minor Threat, Fugazi and Quicksand, Refused push you forward. They broke up in ’98 but reformed for the 2012 run, which seems to have been a one-and-done reunion tour. I hope they play again.  The records don’t get old, but I really want to be there in person.

I think my good friend Ara Babajian of the fantastic Slackers nailed it when he wrote: “I have about as much interest in awards shows as I do in watching rich people golf.”  I believe that it is fairly common knowledge among discerning people that Grammys, like all awards shows, suck.

They suck primarily because the entities that organize the shows fundamentally don’t care about the art form they are allegedly celebrating.  Christopher Krovatin has written a spot-on, passionate piece in Noisey that makes this point convincingly by focusing on the exclusion of game changing Slayer guitarist and songwriter Jeff Hanneman from the “in memorium” section of the show.  I also note that Jared Leto was chosen to eulogize the great Lou Reed, thus forcing me to use their names in the same sentence, which is in itself a grave injustice.

I did not watch the show, though I did watch several of the performances in the maelstrom of Grammy recap posts/articles the following day.  In addition to the primary point made above, here are a few additional reactions:

I think that’s it.

I was talking to Christian about how ecstatic I am after hearing that my favorite band of all time, The Replacements, were reforming (as best they can) to play three shows at RiotFest (one at the main festival in Chicago, as well as at the smaller offshoot festivals in Denver and Toronto).

The minute I heard the news I immediately bought my tickets for the Chicago Riotfest and booked flights and hotels.  I’ve been waiting for this for over 20 years!!!  The Chicago show is the one to hit, as (a) it has the largest and best overall lineup (maybe the best festival lineup I’ve ever seen, including Guided By Voices, Mission of Burma, Public Enemy, Quicksand (another reunion that blew my mind last year), Bad Brains, Bob Mould, X……), and (b) the Replacements famously broke up onstage in Chicago at Grant Park in 1991, you can listen to the entire show here.  If you want more live shows (many are legendary, some for performance, others for drunkenness, others for some combination of the two), here’s the spot.

I’ll spare you the story of my life with the Replacements, but suffice it to say that no band has had more influence on me as an overall musician, songwriter, guitar player or human being (for better or worse, mostly for better).  Their songs, their attitude, the development of their songs and attitude over time, the trajectory of their career and the countless stories about their exploits, shows, etc. are absolutely core to my own personal narrative.  I am not alone in this, and The Replacements are commonly referred to as one of the most influential and underrated bands of the past 30 years.  Jeff Tweedy of Wilco is a huge fan, and during Wilco’s covers set at the Solid Sound Festival, they covered the Replacements’ classic “Color Me Impressed” with Tommy Stinson guesting on guitar!  Check it out.

Here’s a shot of Paul Westerberg and I from 2002 or 2003.  He played four dates in the area (I went to all four shows) and hung out at the tour bus after the show to meet his rabid, cultish fans.

Since Paul and Tommy have decided to get back on stage, and all of their records have recently been reissued with great bonus content (though fanatics like myself have had all of this material in one form or another for years) and are available at Spotify, iTunes and everywhere else, I feel the time is right to offer the FRANK community the same guide I offered to Christian.

I now humbly offer my guide to The Replacements’ studio recordings.  The albums are listed in their current order of popularity with me, though I truly love them all, the order below changes weekly and each record has had a stay at number one at one time or another.  I’ve singled out certain notable songs on each record, but by no means does this take away from the rest of the material, all of which is worth multiple listens.  Each record has a distinct personality, so i recommend listening to complete records as opposed to single tracks.  Anyway, here goes: 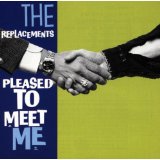 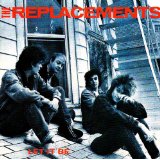 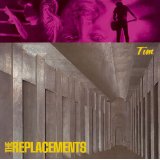 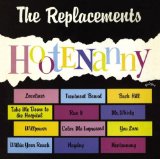 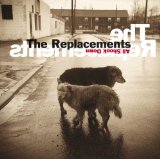 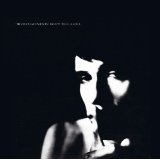 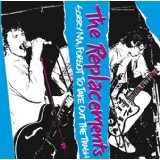 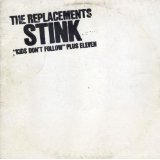 Also worth listening to is the compilation All For Nothing / Nothing For All.  The first disc is just a compilation of selections from the band’s major label records (Tim, Pleased to Meet Me, Don’t Tell A Soul and All Shook Down), but the second disc has some fantastic extras, including hitherto unreleased songs, etc. 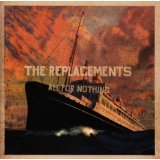 Happy listening.  if you want to join me in Chicago September 13 – 15, email me @ scott@frankband.com and we’ll figure it out.

Our 10th Birthday Party at the Bitter End was a real blast. We played some brand new material, some songs from our upcoming record, “Here Together”, and a whole bunch of old FRANK tunes with the help of our brother Ray Crespo. Check out some great pics from the show here, courtesy of our good friend Ari Scott.

If you know our good friend Guy Rader (“GYRADER”), you’ll think this is really cool. If you don’t you might enjoy it anyway. A few weeks ago Scott, Seth and Guy were at CHEZ FRANK and put together this version of a song Guy has been singing about himself for along time. Check it out here with Guy’s video treatment. We’re told he’s going to do a proper video in a few months as well.

Check him out. The man was smooth and positive. Hard to do that and be cool at the same time.

Do you love Stax-style rhytm and soul? Do you wish that people were making that kind of music today? They are. Start with Daptone. It’s a label that consistently puts out excellent modern rhythm and soul (and funk and gospel and afrobeat) with an acute sense of history without being mere nostalgia. All of their artists are superb, and they’re based in Brooklyn. Enjoy.

I like them. They’ve definitely got a cool sound. I am, however, getting a little tired of hearing how original and eclectic and daring their music is. Sounds alot like Paul Simon to me. Check it out for yourself – here’s a cool performance in “Juan’s Basement”. There’s interviews too.

They seem like cool guys. The drummer likes Phish. Thus, via Billy Ziff, FRANK and Vampire Weekend have something in common… 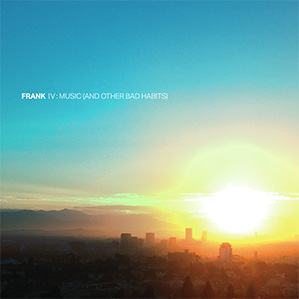